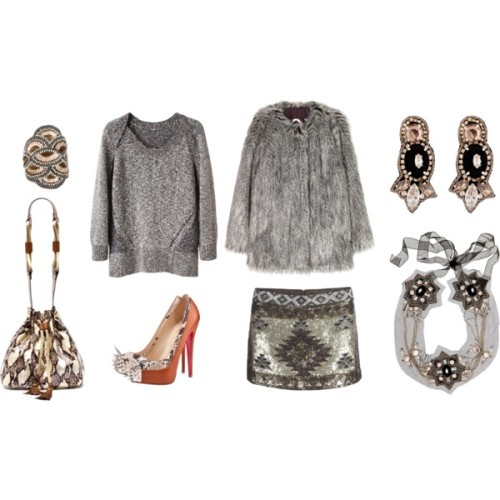 SoOo after an extremely successful second date with Joseph and barely getting any sleep afterwards, as I had a head full of thoughts pertaining to my dreamy new man, I decided to get out of bed. I rang and invited my girlfriend, Valentine, to gab about the new men in our lives over a (much needed) java. With puppies in toe, we met at Café Angelique and over cappuccinos the (much anticipated) squealing over our newfound loves began. Val being in love with her new necking invest banker boy toy, Carlo, and I absolutely smitten with my well –spoken New York newbie, Joseph.

So apparently, not only is Carlo a complete gentleman and shyly reached for her hand as they walked to a brunch spot after the dog park, but he also isn’t a believer in the “3 day rule”. (Seriously, where did we meet such perfect men?!) They talked and dined at JoJo; munched on three cheese ravioli, shrimp with smoked bacon, a warm asparagus salad and shared cherry pistachio ice cream. (She didn’t even mind not having escargot!) Considering how over hung the two of them were their conversation still flowed naturally. Carlo, a Chicago native 33-year-old French American investment banker who studied at NYU (just like my amazing new beau… Hmm, I wonder if they know each other). He is also an avid basketball fan, favorite team being the Knicks, and the middle child of 3 sons to a stay-at-home mother and lawyer father. (So you KNOW the second she mentioned his sibling lineage I asked if he suffered from middle child syndrome. But, the jury is still out as it’s too new for her to tell, but is obviously a concern of hers as she has no siblings and suffers from only child syndrome.) His favorite movie is Forrest Gump, Tom Hanks being his favorite actor and is a hopeless romantic who listens to Coldplay and watches silent films when he’s lonely. He’s also mad about his French Bulldog Chevalier (which he informed her meant “knight” in French), is fluent in French and Italian and loves spending his Sundays with Chevalier reading the New York Times over a cappuccino by the fountain in Central Park. His two favorite childhood pastimes are the peanut butter and jelly sandwiches his mother packed in his Pac-Man lunchbox and playing Quadrun on Atari with his older brother. He also makes great eye contact, wouldn’t stop telling her how gorgeous she is and loved her accessories. (But of course loved them, they’re by Suzanna Dai- Valentine, you are so welcome!) Consensus says: brunch with Carlo was a success!

Ok, enough about them… Now let me get to my amazing date number 2 with my new flame. We had plans to go ice-skating in Central Park, but instead of just meeting there (solely due to the fact that I live downtown and he resides uptown) he opted to pick me up in a town car and head over together. His words, verbatim: “A pretty girl like you should never travel alone, plus I love being in your company.” (I swear my insides melted when he told me that.) But, instead of just having the driver honk the horn or send a text to let me know he was downstairs he rang my bell and when I answered the door had a bouquet of pink peonies in hand. (Cool points added: last night I mentioned tulips were my first and peonies were my second favorite flowers. But since this isn’t tulip season he bought me peonies instead… Sigh.)

At the rink I immediately noticed how comfortable he was on the ice, obviously due to his hockey playing heydays; his graceful ways were so unlike my awkward self. Luckily, this boy has the patience of Job and held my hand as I found my bearing and skated (slowly). After, we sipped hot chocolate, shared chocolate fondue and continued on with our amazing conversation at Café Lalo. Within our two hour nosh session I learned his middle name is Jude, day of birth is the 20th of April, so depending on whether he’s reading the New York Post or Daily News he can either be an Aries (like myself) or Taurus and his most recent serious relationship lasted seven years, but ended two years ago. (Which in my book is a total plus, as I assume the two-year hiatus allowed him enough time to workout any kinks and sort through any emotional baggage. Ooh and this chick lives in California, so I never have to worry about bumping into her at the gym with threats of kidnapping my dog. Phew… THE COAST IS CLEAR!)

After, we took a hand-holding stroll through the neighborhood where we proceeded to talk about our childhood and family life. One of his favorite childhood pastimes is playing kickball in the streets with all his neighborhood friends and his older sister is married with a daughter named Gia whom he absolutely adores. Listening to him discuss his personal life with a smile on his face and glimmer in his eyes was beyond touching, he radiated love. A love I suddenly wanted to share with him, honestly in that moment I couldn’t have been happier. I don’t know what it is about this boy, but my goodness I swear I could love him one day. (Which I know sounds a bit premature… But hey now, every girl is entitled a prince charming fantasy.)

Four cappuccinos (we each had two) and a shared croissant later, we finally took notice of the time- Val and I had been sitting at the café for five hours! Wanting to tell each other every last detail about our new conquests and fully engulfed in our newfound love time just slipped by. Being that my foot fell asleep and I had to move we (in all our fabulousness, obviously due to the two of us being dripped in Suzanna Dai- I in my Paris Cuff, Windsor Button Earrings and Hapsburg Necklace and Valentine in her Dakar Cuff, Casablanca Wing Necklace and Biarritz Button Earrings) decided to call it a wrap. I also had to pick out tomorrow’s dinner date outfit… Smile. That’s right, Mr. Joseph Jude asked me to dinner. Again… Sigh.

Hmm, I wonder what I’ll wear…

“I stand for freedom of expression, doing what you believe in,...

“A mind that is stretched by a new experience can never go back...