Wow!  It’s 2011.  What’s even more amazing is that we’re over halfway through January 2011.  I’ve been quite busy over here, which explains the lack of blogging on my end.  December was a mad rush of trunk shows and traveling, filling last minute orders, and scrambling to get my Spring line ready.  I managed to do it all, and I even launched the new SuzannaDai.com.  Many more exciting things are in the works too!

At the beginning of December, I flew out to LA to do a few trunk shows at the Nordstrom stores in Santa Monica, Topanga, and Fashion Island.  It was great to be in the stores and talk to customers face to face, although I’m not going to lie - it was also nice to get out of the mad rush that is NYC before the holidays.  LA was so warm and sunny, and I met up with an old high school friend, who took me to some cool spots.  I also filled up on Mexican food, which is soooo amazing out there.  It’s funny - I grew up in Texas and couldn’t have cared less about Mexican food until I moved to NYC and suddenly no longer had it at my fingertips.  Now I crave Mexican like nobody’s business.  I pretty much ate my way through all the Mexican restaurants in LA.

I came back to NYC, did a few more trunk shows, and filled last minute orders before heading to my parents’ house in North Carolina.  It was so nice to have a break - well, a small one, at least.  I spent a lot of time at home designing.  It’s the only chance I get to step back and focus only on being creative.

I’ll have my Spring 2011 line up on the site before too long - I’m really excited about it, and I’ll give you a sneak peek here: 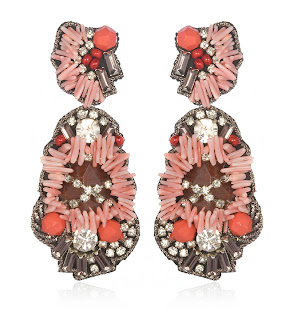 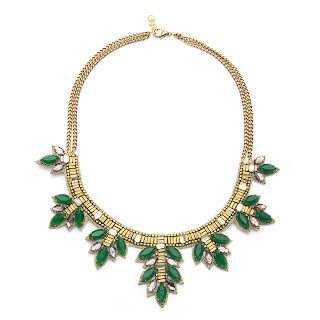 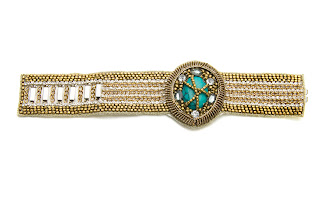 Palm Spring Cuff
I also launched a collection of beaded clutch bags, which I’m super excited about!!  More about those soon.
Here’s to a great 2011!!

What I Did This Fall