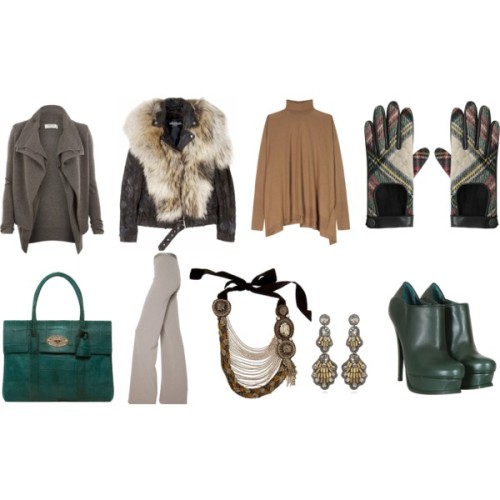 SoOo last night’s date went really well. (Shocker!) You never know how blind dates are going to turn out… Hence why I don’t go on them! But, surprisingly enough this one was great. (And yes, I used the adjective great… Double shocker.)

Let me update you on last night’s rendezvous (and my future husband)… His name is Joseph- he’s a 32-year-old attorney who studied at NYU, originally from Brooklyn, then moved to California and now resides in Manhattan on the UWS. He has a cat named Frankie that he loves, two sisters that he’s extremely close to and his favorite color is blue. This summer he traveled to Brazil, played hockey in high school and is a diehard Rangers fan. His favorite subject in school was history, he doesn’t drink beer and one of his favorite fashion designers is Salvatore Ferragamo. He plans to buy his parents a house one day, his best friend is named John and he’s known him since he was four years old. He also has amazing lips and great teeth- being that I am fascinated with all things oral (lips, teeth, proper verbiage used when speaking, etc) I took notice of this right away!

Ooh and the kicker… He HATES the “3 day rule” when courting girls! (Sigh… My dream man.) I must say one of the highlights of my night was at the end of the date… Which I’ll get to in just a moment, first let me chronologically run through the evening’s events. We initially met at Hotel Griffou, which I chose! Reason being, if the date was a total bust at least I could use my infamous “sorry for cutting this short, but I’m on deadline and still have SO much work to do”, plus the place is close enough to my apartment that I can just walk home. (Smart girl.) So anyway, by the time I got there (fashionably late of course- 13 minutes to be exact) he was already sitting at a romantic candlelit table with a bottle of chardonnay waiting for me. Earlier in the day he called my girlfriend and asked her what my preferred drink was, of course she gave him my two staples- dirty martinis and chardonnay. He opted for the chardonnay, which was much preferred considering after two dirty martinis I’m normally useless on a date. (The fact that he inquired and was fully prepared by the time I got there immediately granted him two cool points.)

Not to sidetrack, but can I just say how flipping nervous I was ALL DAY about this blind date- actually words can’t even begin to express how I felt! I must have tried on fifty different outfits, even walking to the restaurant I built up a sweat and as the hostess was seating me the only thing running through my mind was “please let this go well, please let this go well”. My normally cool, calm and collected self was a complete ball of nerves yesterday! Well, what a relief it was once I got to the table! He was handsome AND so polite; he got out of his seat to shake my hand (which I hope weren’t too sweaty) and cheek kiss, and even pulled out my seat for me. After he poured me a glass of wine he immediately starting talking about how nervous he was, which was such an icebreaker! Apparently my girlfriend told him all about me- my professional background, sense of humor (being that I have serious tendencies to lay the sarcasm on quite thick she didn’t want it to offset him as he’s new to New York and may not have fully grasped it), she even showed him pictures of me and told him about my dog. Funny thing is she told me NOTHING about him, except to trust her judgment- which after last night I officially do! So yeah, he was quite nervous (quote: “this beautiful, successful and driven woman must have guys fawning all over her, so what would she want with a New York newbie?” unquote), to which I explained to him how nervous I was about the whole thing (quote: “no one is giving me any information about this New York transplant, plus he’s single, so therefore there must be something wrong with him.” unquote). We laughed it off and proceeded to prod each other with questions, but it didn’t feel like we were on an interview of any sort. The conversation flowed naturally, as did the laughter (thank the high heavens he’s as witty as I am). Equally fascinated with each other’s lives we drank and talked for hours, eventually switching to water after two bottles of wine. After hours of sitting there and talking we finally noticed the wait staff getting antsy so we left, and as he walked me home he held my hand. (How cute is that?!) By the time we reached my apartment, already so much had been shared- hopes and dreams, big picture plans, background information and what we were looking for in a partner, being that I’m in my late twenties and he’s already in his 30’s neither of us are looking to become serial daters and the next serious relationship we enter will hopefully be our last. (Umm, hello husband material!)

Neither of us wanted to end the night, so we sat on my stoop (for hours) and talked more. The conversation just flowed so naturally- at one point he even told me it hadn’t felt like we were meeting for the first time, but almost as though he’d known me forever. (Truth be told, I absolutely felt the same.) Finally hours into our night it dawned on me that not only had he not tried to come up to my apartment (even though we were both sitting outside freezing), but he also hadn’t tried to kiss me. Not going to lie, I was totally a bit thrown by this! (Did he not want to kiss me and if he didn’t what was the reason for not wanting to?! Plus, let’s be serious- I have enough friends and the last thing I need is another extremely good-looking heterosexual male in my life calling me to discuss a love life that doesn’t include me.) That said, Jessica being her usual rambunctious self decided- as he was midsentence- to lean in and kiss him. AND IT WENT WELL! He was totally receptive and even thanked me for making the first move as he wanted to do so minutes into our date but thought against it as he wasn’t sure my thoughts of him. See, being brazen can totally be beneficial!

What really sold me on Joseph- aside from being terribly handsome, successful, well spoken, warm and affectionate- were his parting words at the end of the night. As we were saying our goodbyes after a long and passionate kiss he told me he didn’t believe in the “3 day rule” and asked when he could see me again! I was beyond shocked (and thrilled) and asked him when he would like to see me next… AND his reply was tomorrow (as in tonight) if it wasn’t too overwhelming for me. Overwhelming, are you kidding me?! My whole life I’ve waited for a man to nix the cool card and speak his mind when pertaining to romantic endeavors. So, we made plans to go ice-skating and for hot cocoa later today.

Sigh… I think I’m smitten. Honestly, I have to say I had such a great time and don’t know the last time (if ever) I had such a successful first date. Plus, not only did he gain cool points for being such a gentleman and not trying any funny business during our kiss- no hand up my dress, on my thigh, or even an insinuation he was interested in coming up to my apartment (which wouldn’t have happened anyway as my apartment is a mess with failed attire options- truthfully, you can barely see my floor), he just held my face as we kissed; but he also took notice of my accessories- which of course were fabulous as I was wearing my FAVORITE jewelry designer, Suzanna Dai! (WHAT, a successful and fashionable gentleman who isn’t gay?! YES! Marry me.)

That said, I feel extremely confident in tonight’s date night attire- dripped in more Suzanna Dai of course! So, stay tuned as tomorrow you can expect another detailed update on the man that may be the one to change my last name…!!!

“Every moment is an experience.” - Jake Roberts

“A work of art is the unique result of a unique temperament.” -...