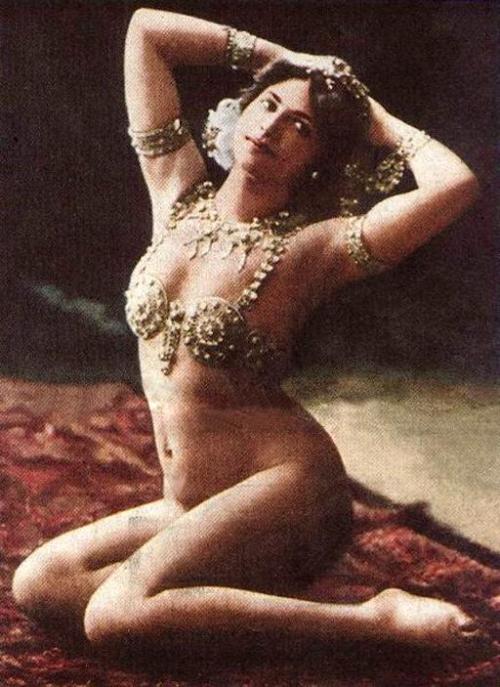 This woman rocked, a true femme fatal! Promiscuous, flirtatious, openly flaunted her body and always captivated her audiences- what’s not to love? She garnered wide acclaim by elevating exotic dance to a more respectable status and braking new ground in a style of entertainment by bringing this carefree provocative style to the stage- hello Madonna and Lady Gaga. (Obviously I don’t stand alone in admiring her brashness.) Her style and free-willed attitude made her a very popular woman, as did her eagerness to perform in exotic and revealing clothing, but the most celebrated segment of her act was her progressive shedding of clothing- leaving little to the imagination in a jeweled bra, arm and headpiece. What I find crazy is that she was so self-conscious of her small breasts she was seldom seen without a bra, she even wore a flesh colored body stocking during performances. That’s crazy!

Moral of this story: here we have a woman, a game-changing sex symbol, who also suffered from anxiety over her figure… So you see ladies, we don’t stand alone and even the sexiest of women suffer from insecurities.

Frida would have LOVED the Cordoba Necklace! (Obviously, who...