Now reading: To All My Single Ladies! Being single in the City of New York is...
Share
PrevNext 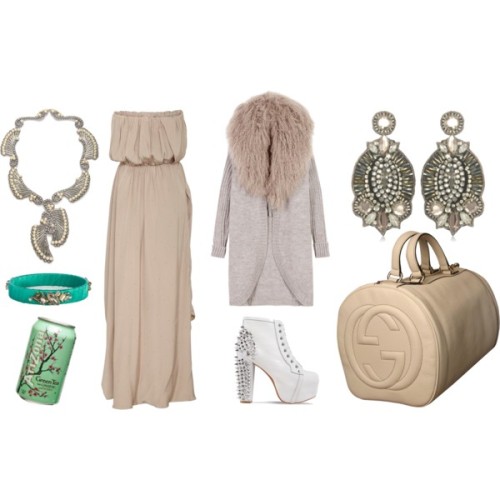 To All My Single Ladies!

Being single in the City of New York is a blessing and a curse all at the same time. Blessing because we can come and go as we please, but a curse because we must always look our best when doing so.

Take my girlfriend Valentine for instance- the other day we scheduled a puppy play date with both our 4 legged companions, but when I arrived at her apartment with an Arizona Iced Tea for her (because I’m a good bestie and fully understand her addiction to the beverage is just as severe as mine when pertaining to caffeine) she was none too pleased to see me or daylight for that matter. Having consumed one too many cosmopolitans the night before she was in no condition, nor in the mood, to socialize.

Well tough on her, commuting from my West Village apartment to her Upper East Side pad was quite the trek and if I myself had to shove her in the tub and hand bathe her myself we were going to that damn dog park! So as our puppies ran around the apartment I stood in her closet and picked out her dog park attire as she discussed (between chugs of green tea) the events of the night before- dinner at Bryant Park Grill, drinks at Kenmare, 4 cosmopolitans and 6 shots of tequila on the house from the cute scruffy long haired bartender and finally an intense necking session with the handsome investment banker who was eyeing her all night. (Well, well, well even if I must say so myself- she really had quite the night!)

Listen, I fancy myself a terrific friend, but unless she was missing an appendage or her apartment was broken into in the middle of the night we were going to walk the dogs together! Sound a tad harsh? Consensus says: No. We’re single girls in the city (in our late twenties mind you), so time is of the essence- plus cute girls with puppies are like Spanish fly for guys! They eat it up and I was not about to let my severely hung-over friend in a moment of weakness miss out on an opportunity to potentially meet the man of her dreams playing catch with his golden retriever. Nope, wasn’t going to happen- even if I had to bribe her with brunch. (Which of course I did!) You’d think people suffering from too much to drink the night before wouldn’t be as picky about what they ate the next day- but no, not this one. My lovely friend demanded (well actually whined in a very stern tone) that she wanted escargot. WHAT?! Who eats snails after a night of drinking?! Apparently, my fabulous French friend does. After a night of drinking the only two things I crave are burgers and John Hughes films. The next day I normally feel terrible about myself (including my age- and the fact that I can’t party like a sixteen year old at her first keg party and having to cancel on my trainer- as without her my behind won’t look like that of a 16 year olds), hence why The Breakfast Club and Pretty In Pink make me feel better about myself. (Truth be told, I channel my inner Molly Ringwald and don’t feel so bad about myself. That poor girl went through it too!)

Anyway, after picking out a fabulous outfit- including my Christmas gifts to her (Suzanna Dai’s Delphi Necklace, Windsor Earrings and Mumbai Bangle- I told you I fancied myself a terrific friend!) we were ready to go! As we walked to the dog park we discussed everything under the sun- from men to manicures, drinks to dogs and fashion to fake tans. When we finally got to the park you would never believe who we bumped into- last night’s necking investment banker! What are the odds?! The look on Val’s face was priceless- after they locked eyes she turned, looked at me and before she could utter any sort of sound I mouthed, “you’re welcome” to her.

Surprisingly enough, New York City is actually quite small- you NEVER know who you’re going to bump into OR when you’ll find last night’s lover throwing a Frisbee around with his French Bulldog. Needless to say, immediately they hit it off- both nervously stumbling over words as they discussed today’s random encounter and last night’s fun. He’s French, she’s French. She offered him a sip of her Arizona Iced Tea and he asked her to brunch. It was cute and I couldn’t help but feel semi responsible, so after my pup ran around for a bit we left the two Parisian lovebirds to fall in love further and eat escargot together.

Sigh… New York City romance, you gotta love it- and all its randomness! Plus, I can officially cross “good deed of the day” off my list of things to do today. (And you know, as soon as I left Valentine and her newfound Frenchie I sent her a text requesting to be the maid-of-honor in their future wedding. Yeah that’s right, this terrific friend not only moonlights as a matchmaker, but also stakes her claim in the bridal party when successes have been made.)

To all my single ladies out there, the moral of this story is: you must always look your best no matter what (don’t worry about feeling your best- sometimes all you need is a cold Arizona Iced Tea and a good friend to lift your spirits) and invest in a puppy! Once you do, either call your favorite bestie to join you at the dog park or me of course!

“Believe that life is worth living and your belief will help...

“Aging is not lost youth but a new stage of opportunity and...