I remember looking at globes and maps of the world in my father’s study when I was younger.  One day I noticed Iceland and Greenland, and my father told me that Iceland was in fact much greener than Greenland, and that Greenland was mostly covered in ice.  When I asked why they would falsely name the countries like that, he said the Vikings did it to confuse people.  If they named Iceland Greenland, as it truly was, then everyone would want to go there.  Apparently it was so beautiful, they wanted to keep it a secret for themselves.  I have no idea if this is true - my dad does like to make up stories - but it captured my imagination. 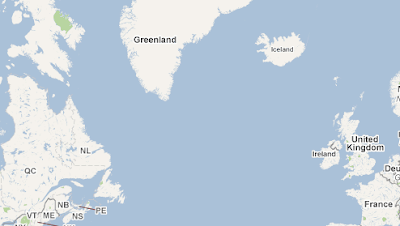 Recently one of my friends went to Reykjavik.  He was traveling with an older woman who had wanted to go to Reykjavik her entire life.  They spent a few weeks traveling through Iceland, and he told me about the dramatically rugged landscape, which was formed by glaciers long ago, the natural hot springs, and the vast difference between Reykjavik and its surrounding areas. 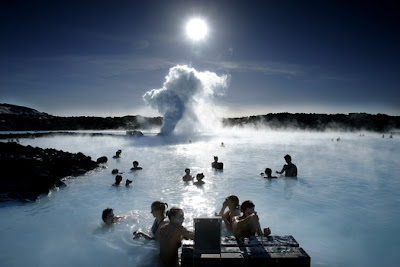 Reykjavik is only slightly south of the Arctic Circle.  During the winter months, it gets about 4 hours of sunlight a day.  The remaining hours are shrouded in darkness, but surprisingly, the population does not suffer from Seasonal Affective Disorder (SAD), as many in North America do.  According to Eric Weiner’s “The Geography of Bliss,” the disorder has been weeded out of the gene pool.

Still, I think I would prefer to visit Iceland during the summer months, when there are seemingly endless hours of sunlight.  You can even see the sun at midnight.  That’s my kind of place. 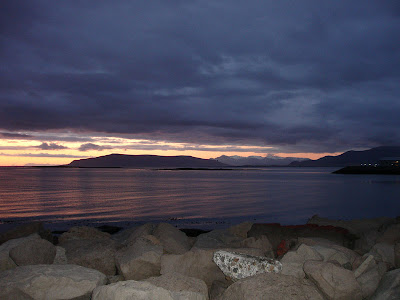 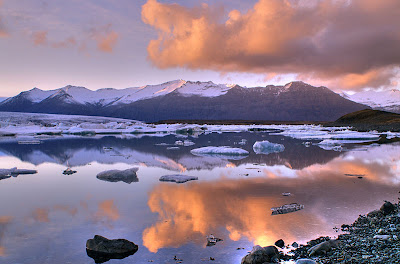 I made the Reykjavik collection in response to these beautiful images of the midnight sun over lilac skies, glaciers, and hot springs.  The icy gray color of the mother of pearl beads and crystals are reminiscent of its location just south of the Arctic Circle and the glaciers that formed its landscape, while blush-colored accents remind one of the four hours of daylight the city receives in the depths of winter.  A fringe of smoky gray feathers cascading down the front brings to mind steam from the hot springs in Reykjavik, which inspired its name, and loosely translates to “Bay of Smokes”. 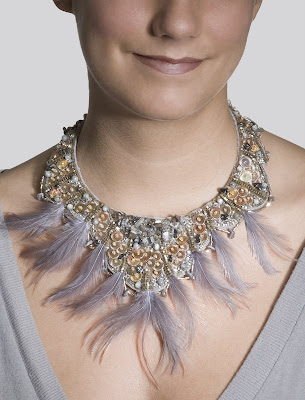